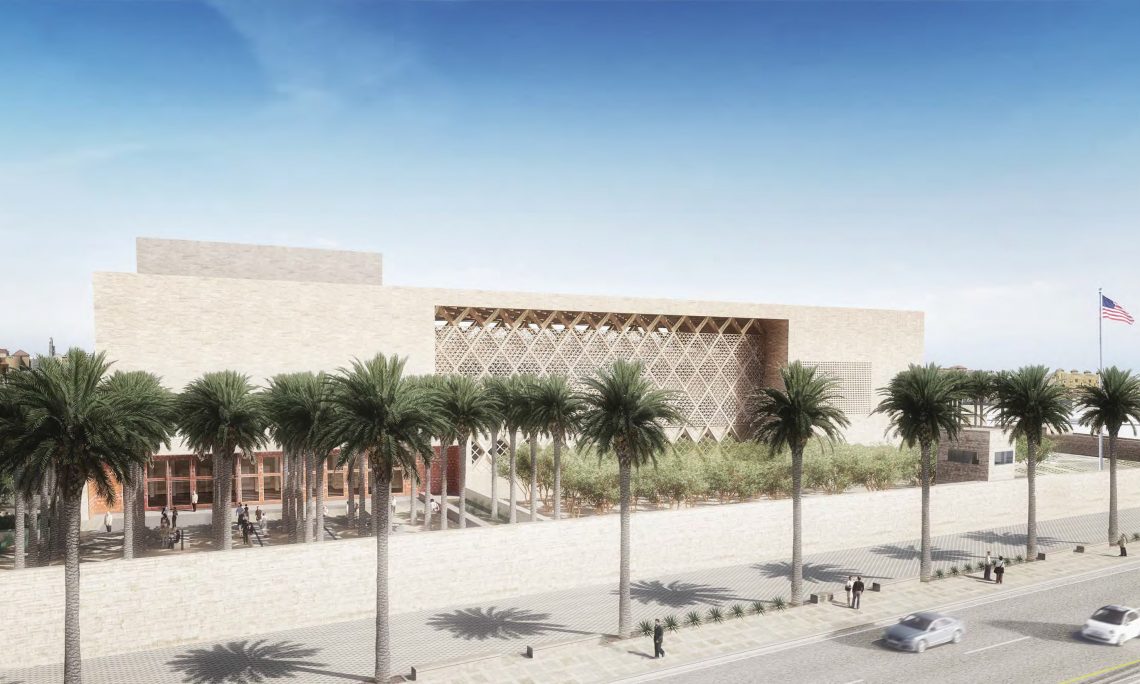 “Today, we begin a new chapter in the longstanding historical relationship between the United States and Saudi Arabia,” Consul General Mike Hankey said. “First established in the Eastern Province over 70 years ago, the U.S. Consulate General in Dhahran has grown up side-by-side with this community, forming a lasting partnership based on mutual friendship and respect. This new building is yet another cornerstone in our enduring relationship.”

During today’s groundbreaking ceremony, His Excellency Dr. al-Battal delivered congratulations on behalf of Eastern Province Emir HRH Saud bin Naif, reaffirming the strength and depth of the U.S.-Saudi relationship.  He added that the new Consulate building will greatly expand the services for Saudis and expatriates traveling to the United States, and will better support American citizens living and working in Saudi Arabia.

The multi-building complex will be situated on a 10.5-acre site in the city of al Khobar, and will include a Consulate office building, the Consul General’s Residence, support services buildings, and facilities for the Consulate community.  The new complex will provide employees with a sustainable and modern workplace, and significantly increase the ease and availability of services and events for the Saudi community.  Cadell Construction, in collaboration with a number of Saudi partners and contractors, will commence construction immediately, with the new Consulate anticipated to open in 2020.