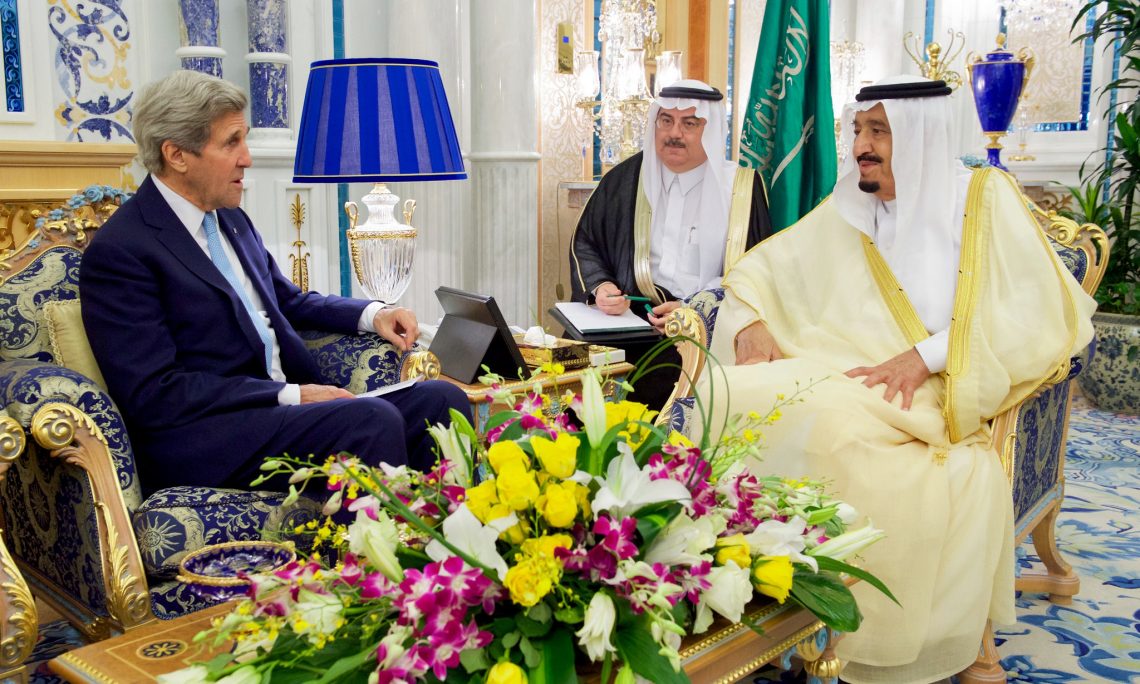 Secretary of State John Kerry met with his Highness King Salman bin Abd al-Aziz Al Saud, Crown Prince Muhammed bin Nayef bin Abdul Aziz al Saud and other senior Saudi leadership today to discuss a range of regional issues – Yemen, Libya, and Syria — with particular emphasis on the situation in Syria in the run up to this week’s meeting of the International Syria Support Group in Vienna. Secretary Kerry also reaffirmed the enduring strength of the U.S.-Saudi bilateral relationship.

On Syria, the Secretary provided an update of the situation on the ground following last week’s reaffirmation of the Cessation of Hostilities. On Yemen, they discussed the need to strengthen the ongoing Cessation of Hostilities there, which has brought a much needed reduction in the level of violence, as well as our shared support for the continuation of UN-led peace talks. The Secretary also gave an update on Libya.