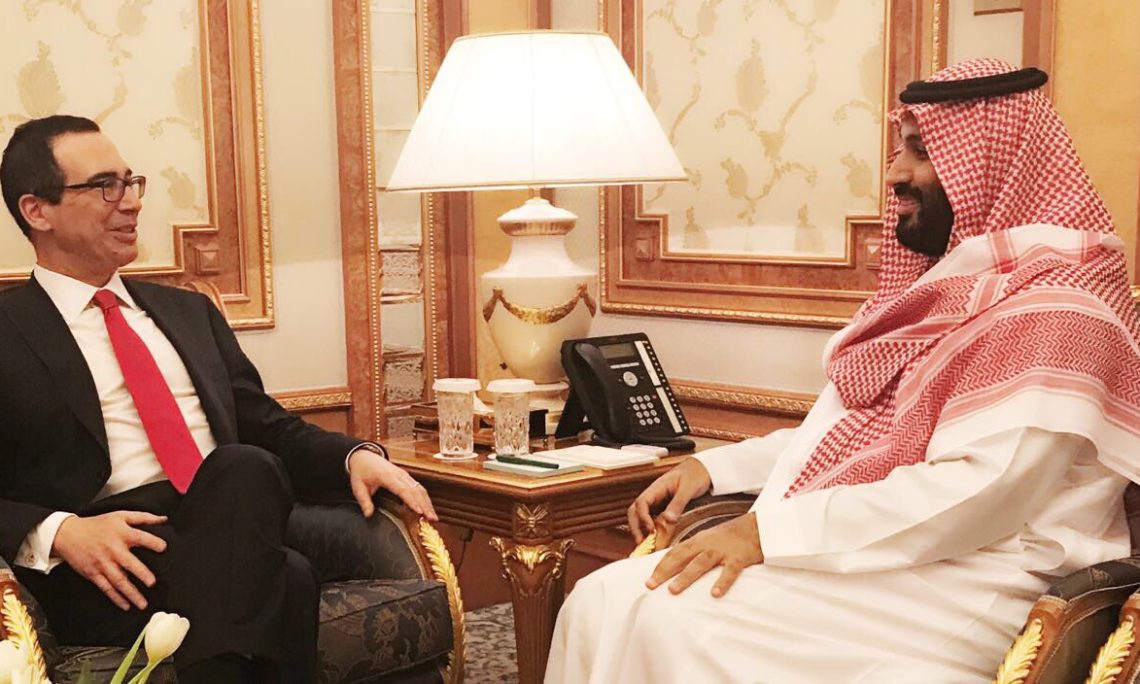 Readout from a Treasury Spokesperson on Secretary Mnuchin’s Meeting with Saudi Minister of Finance His Excellency Mohammed Al Jadaan and His Excellency Dr. Ahmed al-Kholifey, Governor of the Saudi Arabian Monetary Authority