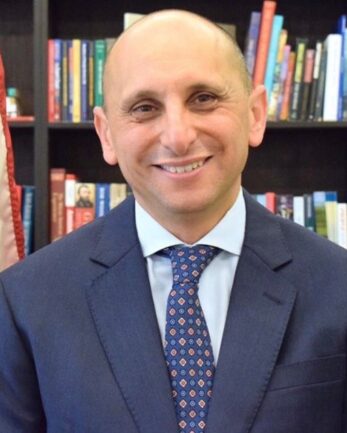 Faris Y. Asad is the Consul General of the U.S. Consulate General in Jeddah, Saudi Arabia.  He also concurrently serving as the U.S. Representative to the Organization of Islamic Cooperation, headquartered in Jeddah.  Faris joined the U.S. Department of State in 2004 as a Foreign Service Officer.  Most recently, Faris served as Political Chief at the U.S. Embassy in Dushanbe, Tajikistan from 2018-2020.  Previously, Faris served in Washington, D.C. as a Senior Watch Officer in the Department’s Operations Center, and as a Special Assistant to the Under Secretary for Public Diplomacy and Public Affairs, where his portfolio included Middle East Affairs and Countering Violent Extremism.

Faris received his Bachelor of Arts in Economics and Juris Doctor degrees from the University of Toledo in Ohio.  He speaks Arabic and Russian.  He is married to Kaya Ikuma and they are the proud parents of one son.