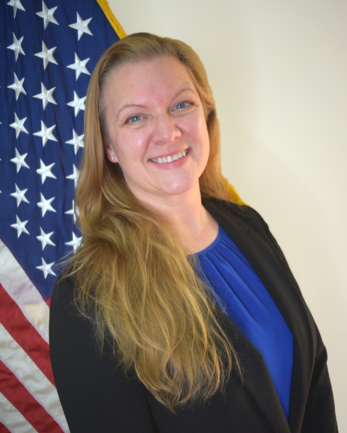 Nicholle Manz-Baazaoui has over 20 years of experience as a career U.S. diplomat. Most recently she served as the Political and Economic Counselor at the U.S. Embassy to Yemen, resident in Riyadh, Saudi Arabia and prior to that was the Political and Economic Counselor at the U.S. Embassy to Barbados and the Eastern Caribbean where she also served as the Acting Deputy Chief of Mission.
Ms. Manz-Baazaoui also represented the United States as a diplomat in Ecuador, Honduras, and Algeria, and as the U.S. Mission Economist at the OECD in Paris, France. At the Department of State in Washington, D.C. she served as an international economist in both the Office of Monetary Policy and the Office of Economic Sanctions Policy in the Bureau of Economic Affairs. She is the recipient of multiple State Department awards for her work in Tegucigalpa, Paris, Bridgetown, Algiers, and Riyadh.
Ms. Manz-Baazaoui completed her undergraduate degree in International Relations, Spanish Literature, and Iberian Studies from the University of Wisconsin at Madison and received her Masters Degree in Public Administration from the Kennedy School of Government at Harvard University. She is from Janesville, Wisconsin and is married to Mahereddine Baazaoui, a Tunisian-American.