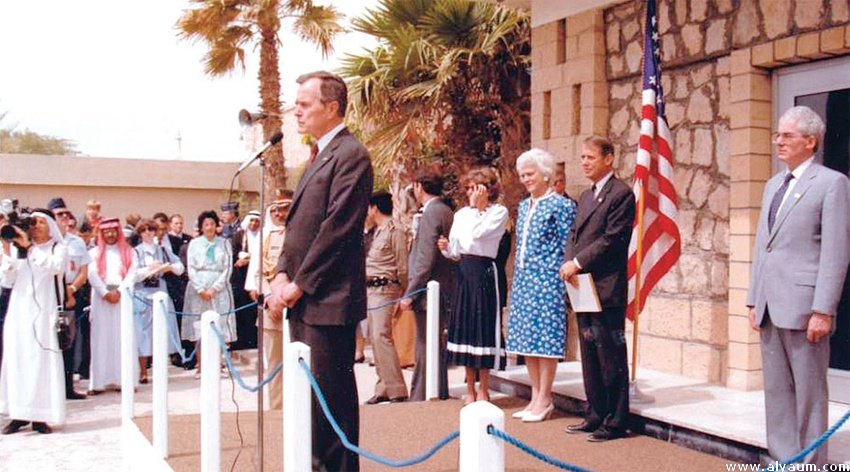 Since the beginning of the American-Saudi relationship when King Abdulaziz gave an American company the right to explore the area for oil, the Consulate General in Dhahran began a long and successful path to serve Americans and Saudis alike in the Eastern Province. Despite all of the challenges that the American-Saudi relationship has faced, the Consulate has always strived to serve Saudis with over 30,000 diplomats, scholars, and experts coming through the EP over the years.  American Ambassador Joseph Westphal emphasized the importance of the Saudi-American relationship in the region to deal with political, commercial, and terrorism issues. The Consulate documented its long history in Dhahran in a book published in 2014.