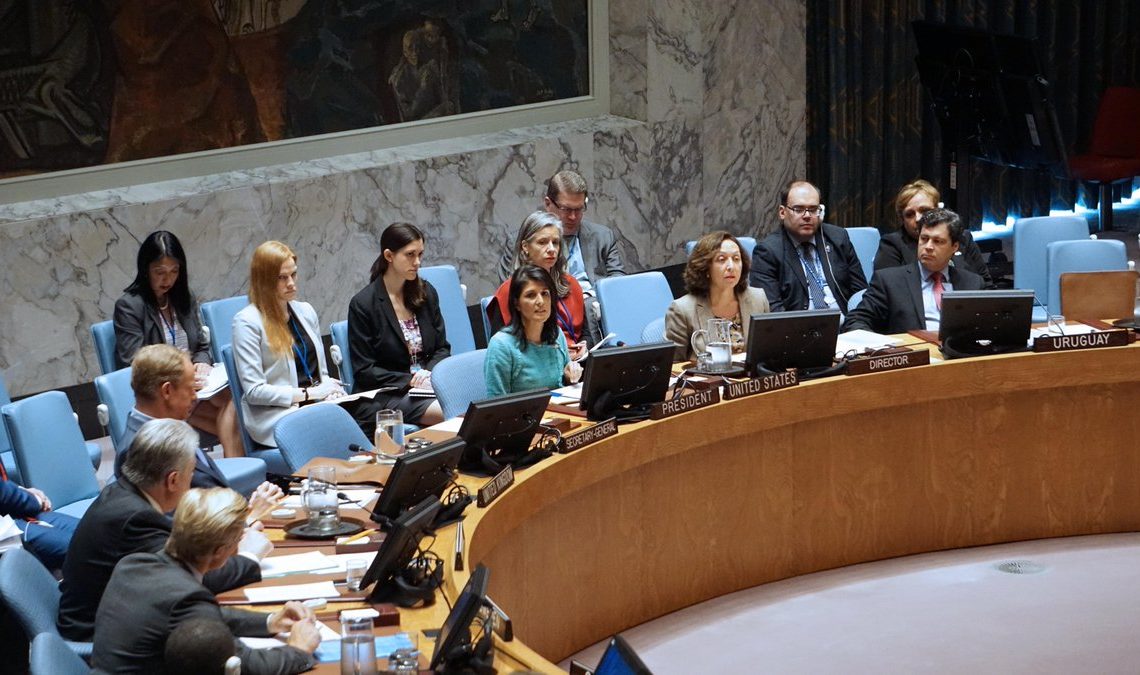 Office of Press and Public Diplomacy

Ambassador Nikki Haley, U.S. Permanent Representative to the United Nations, chaired a UN Security Council briefing this morning on the humanitarian situation in Syria. She condemned the Syrian government’s latest atrocities, including deadly sieges against their own people. Ambassador Haley also called out Russia for allowing the Assad regime to act with impunity.

“It’s been just three weeks since the world was horrified by the pictures of poisoned children in Syria, the result of deadly nerve agents dropped from the sky. Those images of suffering and dying children will never be forgotten. But there is a quieter, slower kind of death occurring in Syria today. It is even more deliberate, more labor-intensive, and more widespread than dropping chemical weapons from thousands of feet in the air. The Syrian regime is engaged in a purposeful strategy of siege and surrender. Civilians stranded inside are literally kept as prisoners until they die or kneel before the government. They are denied food. They are also denied life-saving medical supplies.”